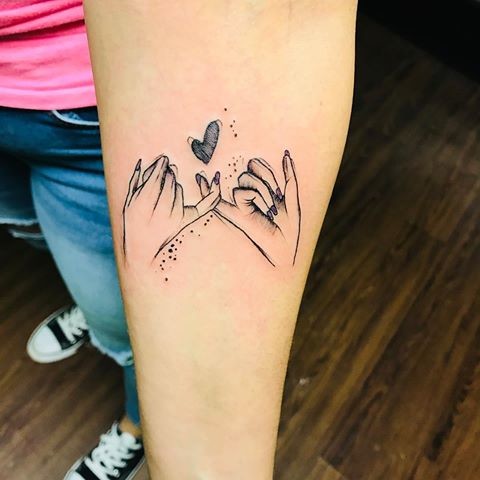 My daughters commit me to pinky promises, a challenge, no doubt faced by many parents. I accept these invitations reluctantly knowing the weight of expectation that it carries. Should the outcome not correspond exactly with the idea my girls had in their heads, I set the stage for disaster. The repercussions range from floor-stomping, demon-infested tantrums to hours long, guilt-inducing, daddy-shaming silence.

I’ve been taught to be deliberate about the promises I make with my girls. If I think there’s a chance I’m not going to deliver, I won’t entertain the possibility for suffering. Extended to other areas of my life though, I get the sense that not everyone takes it quite as seriously. It might just be me, but it feels like my day is filled with promises made by others, mostly inferred though, to be honest. Google maps promises I’ll be on time; Tim Noakes reckons I’ll be thin and fit; my doctor tells me I’ll get better; and my vehicle manufacturer tells me their car is reliable (did I mention my infrequent driving happens in a Land Rover?).

If I give some thought to it though I have to test for myself, “How reliable are their ‘promises’, really? And to what extent will I really hold them liable like my daughters do in the event of a unexpected outcome?” On reflection, not sure if you’ve ever noticed, but doctors never offer their pinkies in the gesture of a promise that “Everything is going to be okay.” In as much as I hope there’s some sort of inferred promise that if we follow the instructions, we’ll get better, the reality is they actually aren’t guaranteeing a thing. What they offer up is more like, “The presenting evidence suggests you have Influenza. Penicillin has shown to be effective in its treatment. Follow this schedule of medication and you could get better. If not, we’ll try again.” Have you ever gone back to your doctor and said, “I want my money back, I’m still sick”? I haven’t. Have you ever written a letter of disgust to Google Maps because your trip from JHB to CT was inaccurate? Even by several hours? Not me.

I realise that these guys are more cunning in the un-promises or pseudo-promises they make. Perhaps it’s because they know that life is uncertain and there are many factors that will influence the actual outcome of an event. Doctors know that you might get better if you take the penicillin, but you might catch another bug, or do something stupid that undermines your progress. Same with Google maps. If you need to stop for petrol, or get into a fender bender, or need the toilet … you get the point.

Sometimes I get the feeling though that we make pinky promises when we do financial planning. I can totally imagine a client turning around in two year’s time and saying “This isn’t what you said!!” It feels like the processes that we follow set clients up to thinking that the world is finite. We set them up to thinking that there’s a science in predicting the future and we have the crystal balls to foretell it, especially when our conversation is based on the point of the graph that happens to be five, ten, twenty years away.

I’d like to be more like the doctors. Take more momentum from saying, “Let’s work with what we can see today. Let’s make tomorrow better than today. And then let’s check in tomorrow, and work on the day afterward.” I feel like we need to get better at managing client behaviour over time than giving them a list of instructions and a pinky promise that everything is going to be alright. That’s where we lose credibility over the long-term.